Photos from the Conference

Have a look and let us know what you think.

@rherron
3 comments:
Email ThisBlogThis!Share to TwitterShare to FacebookShare to Pinterest

I'd just like to say a huge Thank You to everyone who presented at todays Connect Education Conference in the Dublin West Education Centre.

And to all who attended, thanks for engaging - there are no hurler-on-the-ditch when it comes to the subject of education which you are all so passionate about!

Next what we need to do is harness the massive positive energy that was so obvious today and and direct it into something practical.

I'll be in touch with all participants and attendees next week to see where we go from here.

In the meantime feel free to let us know what you thought of the Conference by leaving a comment below.

The Future's not what it used to be - ... and the only constant is change!

When Noel Malone, @npmalone, started work in Coláiste Chiaráin in 1999 there were just 86 students, there are now approximately 900. Why is this? Noel recognized that something radical needed to be done to attract students to Colaiste Chiarain – part of the plan that he put in place involved the rolling out of laptops to all students, transforming the school into a cutting edge digital space, setting up a Virtual Environment using Moodle and moving storage to the cloud using Google Docs.  This year, his is the first school to roll out up to twelve new ‘Super Options’ for his new first years as part of the new Junior Cycle. Entrepreneurship, Creativity and Innovation are hallmarks of this radical new approach. The school was featured prominently last November in a major article in the Irish Times, ‘Is this Ireland’s Best School?’ 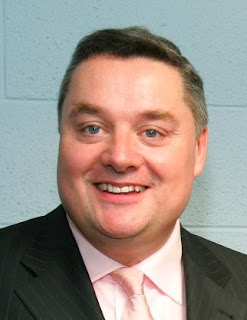 All of the textbooks used in Coláiste Chiaráin by first and second years are now on the students’ laptops with many opting in all the way up to and including senior cycle. It is remarkable that this has been achieved in a climate where the incumbent educational publishers have been reluctant to allow their books to be made available in digital format.
Listen to Noel tell the incredible story of Coláiste Chiaráin and learn how to replicate this success in your school. 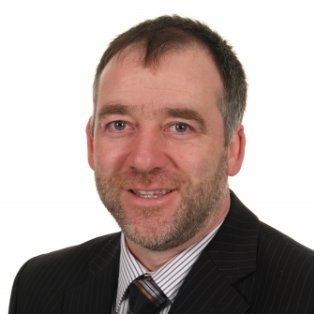 Shane would agree that teachers do their best work when they are free from many of the mundane administrative tasks that can eat into teaching time. Shane is a strong believer in the power of data to better inform pedagogical decisions within the school system. His work in Adamstown Community College has left that school in the vanguard of ICT in Education and his latest move to Dunshaughlin can only lead to great things for a school which is one of only 12 international “Microsoft Schools of the Future”
8 comments:
Email ThisBlogThis!Share to TwitterShare to FacebookShare to Pinterest

Georgina Byrne, @georginabyrne is County Librarian for South Dublin Libraries – delivering contemporary library services to over 265,000 citizens across the County. South Dublin Libraries are recognized nationally for their use of technology in the delivery of services and have received national and international awards for their ebook service, library website and literacy programmes for families and young children. The County Library in Tallaght is one of the largest public libraries in the country, offering over one hundred public access computers and a rich programme of lifelong learning opportunities to local communities. 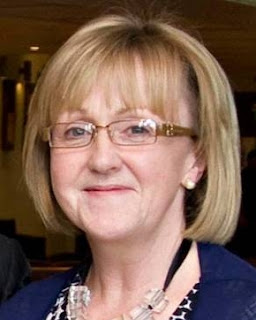 Services provided by the library network throughout the county include over 600,000 books for loan, computer and wifi facilities, website and web-based services, reference, local studies, cultural and educational events, and children’s services. South Dublin Libraries believe strongly that to work effectively they must work as partners with local parents and educators to enhance teaching and learning outcomes for all.
2 comments:
Email ThisBlogThis!Share to TwitterShare to FacebookShare to Pinterest

Anne McMorrough - @annemmcm, is a primary school teacher currently seconded to Marino Institute of Education, Dublin where she is lecturing in ICT/eLearning. In 2009,  Anne completed a Masters in Education at the School of Education, University College Dublin. The focus of her dissertation explored the creative and innovative use of digital technologies within an infant class setting, using eTwinning (etwinning.net) as a catalyst for collaborative learning and teaching. 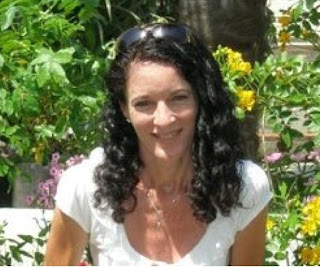 As an Ambassador for eTwinning in Ireland, she has actively participated in a wide range of eTwinning projects and teacher professional workshops. She also participated in the recent Mission V Project (missionv.ie) aimed at enhancing children's learning through creative interaction and construction in a virtual world. She is a member of the National Executive, Computers in Education Society of Ireland (CESI, cesi.ie) where she networks with teachers from around Ireland and beyond, sharing ideas and showcasing the potential of digital technologies in education today. In 2010 Anne began her doctoral studies under the supervision of Dr. Conor Galvin, PhD. at the UCD School of Education.
3 comments:
Email ThisBlogThis!Share to TwitterShare to FacebookShare to Pinterest

We're really delighted to have Stephen presenting at our conference.  I've been meeting with Stephen on and off for the past 5 or 6 years through the Connect School Project and other mutual interests. One of the highlights along the way was the time when Stehen contacted me to say he had something I might be interested in - a way of controlling the Scratch sprite using the xbox kinect. What followed simply blew me away and it was also great fun! Myself and my colleague Gary Warren spent some "quality" time playing at being the missile launcher in Space Invaders! I remember Gary was particularly good at composing music by poncing about in front of the kinect controller. What particularly strikes me about Stephen is the way that he brings fun and learning together - I'm really looking forward to his presentation. Below is the official line on Stephen.
@rherron 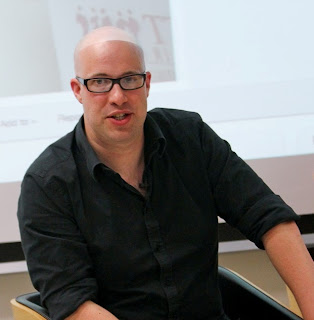 Stephen Howell, @saorog, is a Computing lecturer with the Institute of Technology Tallaght where he lectures on Interactive Media & Software Development. Prior to joining IT Tallaght, Stephen was a lecturer in Dublin City University and a software engineer at IBM Ireland. Stephen is a proponent of teaching children the 3Ds of software: Design, Develop & Debug in schools from an early age. To encourage this model, he developed free educational software (Kinect2Scratch) that allows children to program the Microsoft Kinect motion capture controller in the Scratch Language from MIT. This software is used in schools & universities internationally and has been presented at the Art & Code Conf. in Carnegie Mellon University, Pittsburgh, Scratch@MIT 2012 Conference and nationally on many occasions.

We're delighted to have Lord David Puttnam as our headline speaker at the Connect Education Conference. Here's a short biography of Lord Puttnam. This material is from wikipedia.http://en.wikipedia.org/wiki/David_Puttnam 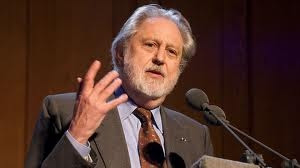 David Terence Puttnam, Baron Puttnam, CBE, FRSA (born 25 February 1941) is a British film producer and Educationalist. He sits on the Labour benches in the House of Lords, although he is not principally a politician. His successes as a film producer include Bugsy Malone, Midnight Express, The Duellists, Chariots of Fire (which won the Academy Award for Best Picture), Local Hero, Memphis Belle, Meeting Venus and The Killing Fields and The Mission, which won the Palme d'Or at the Cannes Film Festival in 1986.

He was for 10 years chairman of the National Film and Television School and taught people such as Nick Park. He founded Skillset, which trains young people to become members of the film and television industries. In 2002 he was elected UK president of Unicef. Lord Puttnam was the first chancellor of the University of Sunderland from 1997 until 13 July 2007. He was appointed an Honorary Doctor of Education during the School of Education and Lifelong Learning's Academic Awards Ceremonies in his final week as Chancellor. In 1998 he founded the National Teaching Awards and became its first chairman.

He was the founding chairman of the General Teaching Council 2000-2002. He was appointed as chancellor of the Open University in 2006. He was also the Chairman of NESTA (The National Endowment for Science, Technology and the Arts) from 1998 until 2003. He is also chairman of Futurelab at NFER, which is committed to developing creative and innovative approaches to education, teaching and learning.